A funny tale of how a grandpa, grandma and their relatives and pets worked together to pull a giant turnip out of the ground in Franko's interpretation became of one the most popular Ukrainian children's fairy tales.

It is a fairy tale about the strength of a family and a testament to "together we are many, we cannot be defeated!"

REVOLUTION (from Lat. "upheaval", "drastic change"), a rapid change of social order or any other system.

Franko as a poet praised the strength and grandiosity of "deathless spirit of revolt, rousing man to mighty prowess".

Yet, as a social thinker he warned against primitive understanding of revolution as bloody "world massacre" and "world uprising of the rich against the poor". 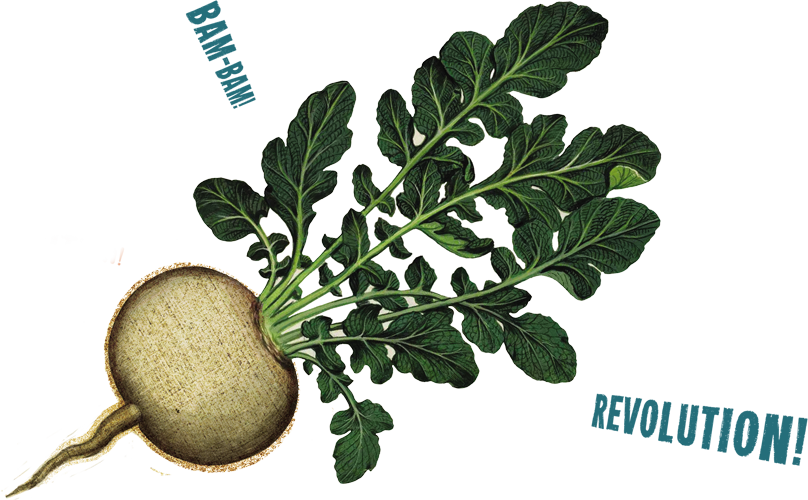