DROHOBYCH, a town in Lviv region, centre of salt, oil and ozokerite mining and processing. It is the city where Franko spent his youth, studying at Basilian Fathers School and Franz Joseph I gymnasium. Today, the local university is named after Franko.

Drohobych is also the birthplace of Yuriy Drohobych (Kotermak), Ukrainian astronomer and philosopher of the Renaissance Age, rector of the University of Bologna. Bruno Schultz, Polish modernist writer and graphic artist of Jewish origin, was also born here.

DOCTOR UNIVERSALIS (from Lat. "universal doctor"), honorary title for a scientist with vast interests and knowledge. In Middle Ages it was the name used for Albertus Magnus. In Ukrainian history this title can rightfully be applied to Ivan Franko. It is no wonder that in his lifetime people called him "academy of sciences" and a "university" combined in one person.

A universal ideal of a person according to Franko is a "wholesome man", wholesome, well-rounded and harmonious personality with high aspirations and profound ability to feel, someone socially active and empathetic towards the pain of others. 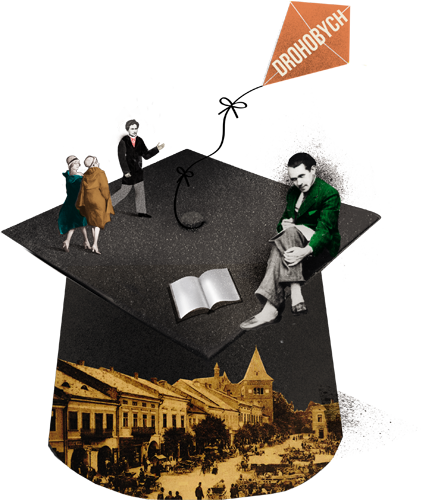