VIENNA (Wien), the capital of Austro-Hungarian Empire, one of the largest cities of Europe in the late 19th-early 20th century, a centre of world culture, science and education. Franko got his PhD from the University of Vienna. His thesis was titled Barlaam and Josaphat – Old Christian Spiritual Novel and Its Literary History. He wrote it under the scholarly supervision of the renowned Croatian Slavic studies expert Vatroslav Jagić.

VYSHYVANKA (Embroidered shirt), traditional Ukrainian embroidered shirt. It is not a mere element of national costume but one of the symbols of Ukraine (along with the anthem, trident and flag). Franko's contemporaries reminisced that he always wore vyshyvankas – on regular days and on holiday. He had an entire collection but preferred Boyko patterns. He was the first to combine vyshyvanka with a traditional European suit, thus starting a new trend. When he was delivering a demo lecture for the right to teach at Lviv University, he boldly wore a tuxedo and a vyshyvanka. 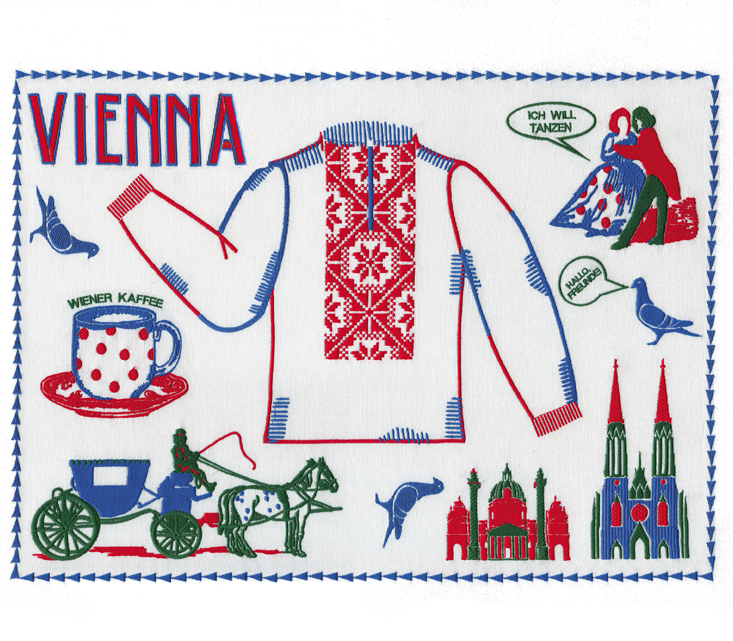