UNIVERSITY (from Lat. "the whole", "aggregate"), a self-governed higher educational institution, emerged in the Medieval Europe as a centre of free thought, science and culture.

Franko studied at three universities: Lviv, Chernivtsi and Vienna, where he got his PhD. Even though Doctor Franko was not admitted as lecturer at Lviv University, today the university bears his name.

UKRAINE, a country in Central Eastern Europe, the largest country entirely within Europe.

Back in Franko's days Ukraine was not on the world map – its territory was divided between Austria-Hungary and Russian Empire, yet the writer's life motto was "It is time that we live for Ukraine". With his creativity, social and political work the writer was trying to prove the possibility, feasibility and necessity of creating a unified, free, sovereign and independent national state for the people of Ukraine. 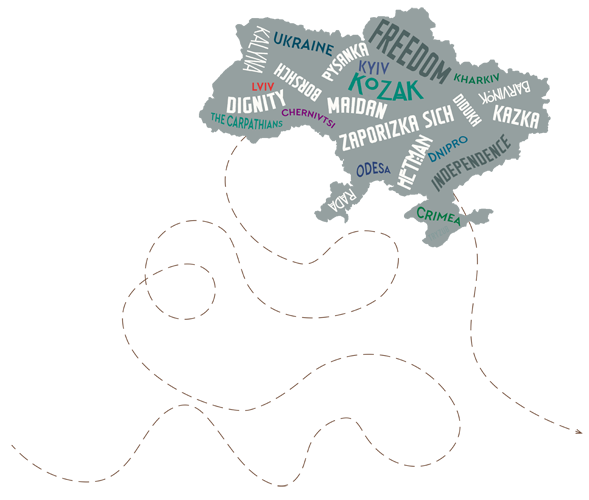