TRAVELLING, favourite pastime for Ivan Franko (together with fishing and collecting mushrooms). He most frequently travelled on foot, recording folk songs, fairy tales and legends of Halychyna, Boyko and Hutsul areas. He was often accompanied by his wife, children and friends. It was Franko who initiated and organized Ukrainian-Ruthenian student trip in the summer of 1884. The route ran through Drohobych and as far as Vyzhnytsia and Usteriky in Hutsul area. In honour of this trip, the poet wrote the song "Hit the Road!" which became the first hymn of Ukrainian tourists.

It is no coincidence that Ivan Franko is considered the founding father of organized tourism in Eastern Halychyna. 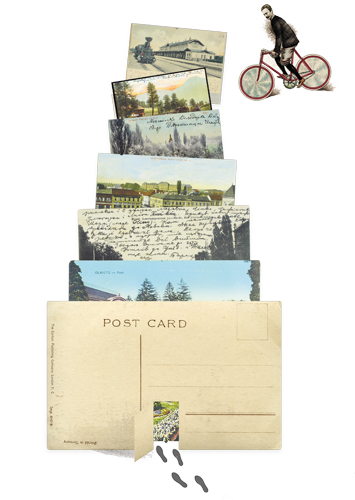