LVIV (LEMBERG), the capital of Halychyna and major city in Western Ukraine. In the past – one of the largest cities of Principality of Galicia-Volhynia, in Franko's lifetime – centre of the crown land of Austro-Hungarian Empire, Kingdom of Galicia and Lodomeria (Volyn).

Lviv is the city of Ivan Franko. There he spent 40 out of less than 60 years of his life. There he studied at the university, worked at libraries and editorial houses, relaxed at coffee houses and restaurants and was even incarcerated. There he built a family villa, brought up his children and finally was laid to rest at Lychakiv Cemetry.

But Lviv is first of all the city of Franko's creativity, the city of his love and his heart.

LIPIK AND LOVRAN, resort cities in Croatia (the former in located in Slavonia and the latter on the Adriatic coast of Istria), where Franko underwent treatment for his grave disease (rheumatoid polyarthritis which caused paralysis of both hands and his untimely death). In the early 20th century, the towns were famous treatment and resort centres in Austria-Hungary, which hosted people from the whole empire. Lipik was famous for its thermal and mineral waters and Lovran was known for Mediterranean climate and healing air. 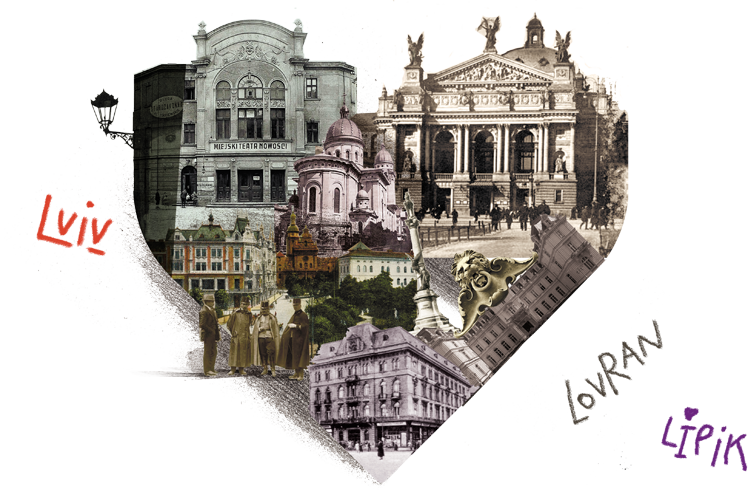