CHILDREN
The family of Ivan and Olha Franko had four children: three sons (Andriy, Taras and Petro) and the only daughter Anna. They were all very talented.

ANDRIY (1887-1913), studied at Mary Magdalene Polish public school, Lviv academic gymnasium and got a degree in classic philology from Lviv University. After his first year at the university, he became his father's secretary. Having taken after his father's academic interests, he became his first assistant when Ivan Franko had his hands paralyzed. Andriy accompanied his father in travels, even though he was himself frail and weak (he suffered from epilepsy). He died suddenly in his
sleep on Easter eve.

TARAS (1889–1971) demonstrated extraordinary linguistic skills since early childhood. He attended the same schools as his brother and excelled at studies there. In 1909, as a gifted student, he got the opportunity to study at the University of Vienna. He was interested in antiquity and wrote An Outline of the History of  Roman Literature (the first one in Ukrainian). He was one of the founders of sports movement in Halychyna. Member of Ukrainian Galician Army. Worked as teacher and
researcher in Kharkiv and in Kyiv. Resided in Kyiv since 1950 and was head of Ivan Franko Library at T. Shevchenko Institute of Literature.

PETRO (1890–1941) was interested in natural sciences since early age. After graduating from the academic gymnasium, he went on to get a degree in chemistry from Lviv Polytechnics. He was a renowned athlete and organizer of the sports movement, one of the founders of Plast – Ukrainian scout organization. He was a member of the Legion of Ukrainian Sich Riflemen. A pioneer of Ukrainian military aviation and head of the flying division of Ukrainian Galician Army. Author of more than 30 patented inventions for milk treatment and processing. He wrote papers on sports and compiled a manual on military topography and a chemical and technological dictionary. Author of short novels, short stories and memories about his father. In October 1940, he became the first director of Ivan Franko Literary Memorial Museum in Lviv. Forcefully evacuated from Lviv in 1941... Went missing. Most likely, killed by the Soviet special services.

ANNA (1892–1988) studied at T. Shevchenko Private Ukrainian School for Girls of the Ruthenian Pedagogical Society, Teacher Training Seminary and nursing courses. When her parents got sick, she took over all the household chores. In the summer of 1914, she went to Kyiv to visit her aunt and could not come back home ever since – the war set its own borders. She died in Toronto, Canada, at Ivan Franko retirement home. She wrote a book of memoirs Ivan Franko and His Family and a number of sketches, short novels and short stories.

CARPATHIANS, a mountain range in Eastern Europe stretching across the territory of Ukraine, Hungary, Czech Republic, Poland, Slovakia, Romania, Serbia and Austria. Franko was born and

raised near the mountains. His first memories of mountains are connected to his stays in Lolyna and other villages of Boyko area and then in Hutsul area – in the villages and small towns on the banks of Chornyi (Black) and Bilyi (White) Cheremosh. The poet was particularly fascinated by Kryvorivnia, a village in Hutsul area, which he visited together with the family almost every summer. Thanks to Franko, Kryvorivnia became a favourite destination for famous writers, artists and scientists, which resulted in the village being dubbed the Hutsul Athens.

CHEREMOSH, a mountain river in the Ukrainian Carpathians on the border of Ivano-Frankivsk and Chernivtsi regions, right tributary of Prut river, formed by merging of the two rivers – Chornyi (Black) and Bilyi (White) Cheremosh. Cheremosh is called the &quot;sacred river of Hutsuls. 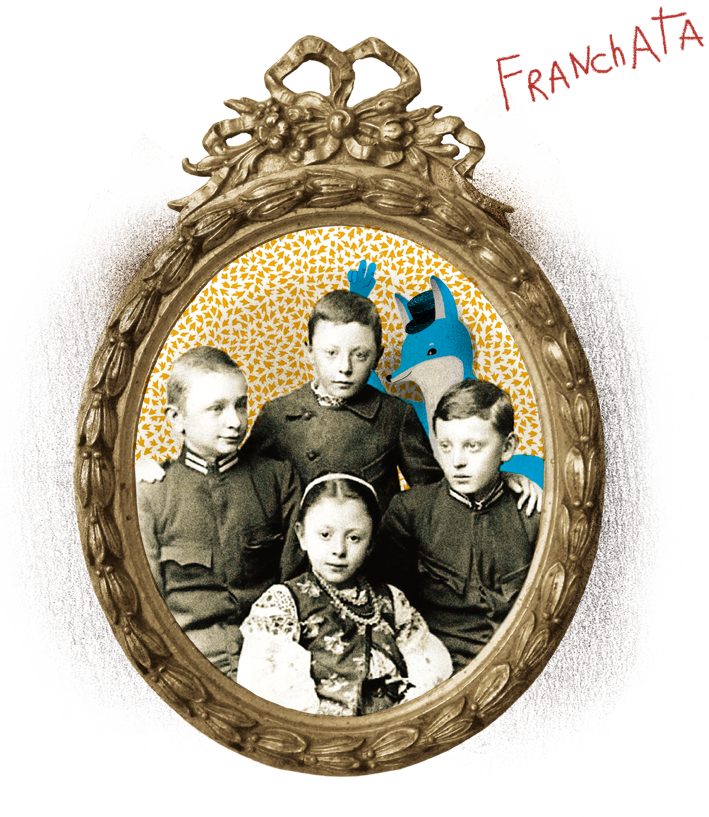