BIBLIOPHILY is not just love, it is passion for books. Franko was a great bibliophile – he started putting his library together back as a student of Drohobych gymnasium, earning new books as reward for writing essays for his classmates. This is how he collected up to 500 volumes. Later on, Franko's personal library contained around 12,000 books of different topics, genres and epochs.

Franko worked in public libraries (Lviv, Odesa), libraries by monasteries (Krekhiv, Univ), universities (Lviv, Vienna, Chernivtsi), private libraries (at the Fedorovych family place in Ternopil Podillia). He was even almost late to his own wedding – got carried away by some rare book... People thought he got cold feet :)

A complete collection of his works was published in the writer’s lifetime – 220 separate volumes! 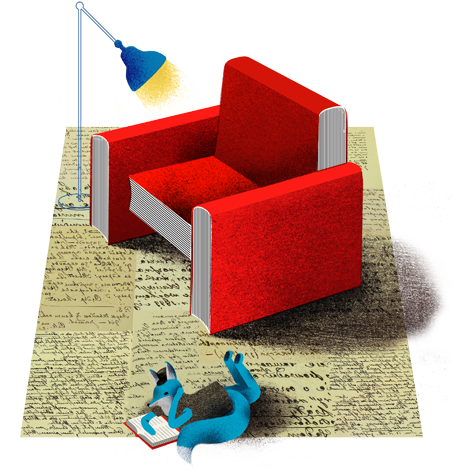