Franko is the author of almost 6,000 works. These encompass 10 collections of poetry; 1 collection of poems (a total of 50 poems); 10 long-form and almost 100 short prose pieces; more than 3,000 publicist articles and academic papers in various disciplines and areas of social life.

Franko translated works of almost 200 authors from 14 languages and 37 national literatures into Ukrainian.

AUSTRIA-HUNGARY, a state in Central Europe, ruled by the House of Hapsburg. Ukrainian lands, i.e. Halychyna, Bukovyna and Transcarpathia, were also its domains. Residing in Austria-Hungary were 20% of all Ukrainians, while the remaining 80% lived under the rule of Russian Empire. Ivan Franko was citizen of the "Dual Hapsburg Empire" or "Danube Monarchy".

The people of Halychyna celebrated Franko's work anniversary twice – 25 years (1898) and 40 years (1913). The starting point of his career was sonnet "Folk Songs" written in 1873 and published in Druh (Friend) magazine a year later.

Franko was skeptical about such honours. "If I had something of a rooster's nature in me, then I would have a cockscomb this high grow on my head by the end of the evening".

During one of such celebrations Franko was gifted a wreath of laurels as a token of his talent and achievements. That wreath was hanging on the wall in his house for quite a long time, until Franko's wife finally found some practical application for it – she started adding the leaves ... to Ukrainian borshch! 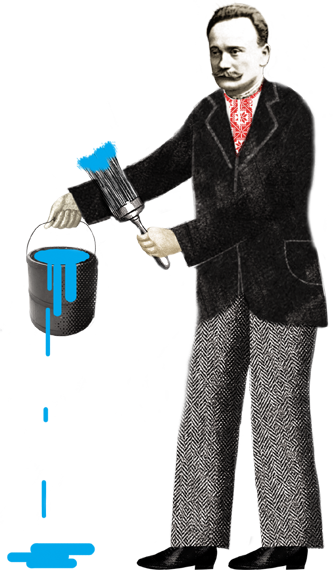